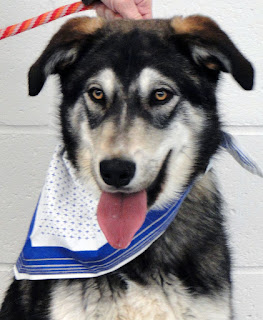 We had a tragedy yesterday. Our big dog, Jack, got out of the fence and was hit by a car and is at the Vet waiting to get a back leg removed. What I was reminded of was the quote from Fred Rogers (Mr. Roger's Neighborhood):

When I was a boy (he said) and I would see scary things in the news, my mother would say to me, "Look for the helpers. You will always find people who are helping." To this day, especially in times of "disaster," I remember my mother's words and I am always comforted by realizing that there are still so many helpers – so many caring people in this world.
It was a disaster to us and when Jack was hit a man followed him home in his truck and took my husband and Jack to two emergency vet locations.Then when we were in the process of taking our dog to our regular vet, the cashier/clerk said that someone else, a woman, paid for our emergency visit, which was $250 some dollars. It was said that she knew that the bill at our vet would be high enough without this.

The clinic didn't know if they could operate until Thursday, but a vet came in and did the surgery the same day as the accident. All went well, and she said that he is fortunate that he lost a back leg and not one in the front. He'll be fine.