Coffee Withdrawal: The Good the Bad and the Ugly 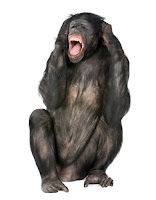 I didn’t even start drinking coffee until a few years before I retired. I simply wanted a tad more energy when dealing with my middle school students. I have been drinking two cups of coffee a day for the last six years


It helped me get through until my retirement, but as the years went by, I’ve struggled with indigestion, but didn’t figure out it was due to coffee, or caffeine intake, until lately. Eight days ago, I sipped my last cup of coffee and felt sick to my stomach.


I decided I could quit cold turkey. Why not? What could it hurt? On the first day of withdrawal, I started looking at jewelry online, something I rarely do, and found something expensive I wanted but certainly didn’t need. Now, I’m usually frugal and after staring at it for some time, didn’t buy the item. Later the same day, when my husband came in the door, I got irritated at him for a small thing (I don’t even remember what it was). My short fuse burned as I’ve never experienced before...for anyone. You’d think I’d just lost my home to a hurricane or something. Now that sort of thing would really be worth some grouchy behavior.


So, I searched the internet for coffee withdrawal symptoms. I learned I could have symptoms for up to nine days however, some were more fortunate. Others were genetically predisposed to having symptoms.


Besides a short fuse, I started to fall asleep watching TV. Many do this, I know, but I rarely nap. Presently, I hope I can type this out before falling asleep. I read that a withdrawal symptom is having trouble sleeping at night. I did not have this symptom, nevertheless, I apparently need more sleep while recovering.


I am part of a writing group and during my withdrawal week, I attended a meeting. I strained to focus on comments and take notes. Later, after watching the horrible destruction in the Bahamas on the news, I snapped at my husband again for some ridiculous reason (poor guy). I absolutely hate the feeling of a short fuse that you can’t control. It is pitiful. I felt pitiful.


I now wonder why anyone would want to start drinking coffee in the first place. If people have withdrawal symptoms, they are having them for a reason and that means coffee is some sort of a chemical or drug. I don’t want anything to do with a drink that I have to be dependent on.


At this writing, I am at day eight without coffee. So far today, I have been calm, yet wanted to doze this morning. The real good news is that since day two, my sick belly is no longer irritated, and I feel positive about good health in the future…without coffee.
Posted by author mary vine at 3:00 AM