Book 1
A NUGGET OF TIME 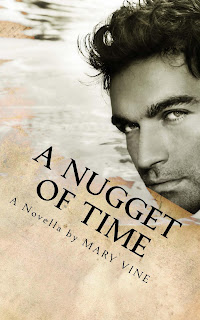 A time travel novella.A Boise newspaper sent Dixie Lea to interview the owner of the largest gold nugget found in a century. While waiting for him in a mining territory of Northeast Oregon, she walks into a man-made cave. Feeling dizzy, she puts a hand to the wall of the tunnel and wakes up alone on a hill with no transportation out of the woods. Her journey to find help leads her to a man leading a horse. He says he doesn’t know what a car or cell phone is and she believes he’s only being loyal to the eerie town that’s given a strict oath to live in times past. Retired Lieutenant Colonel James Brogan is at a complete loss of what to do with this woman alone in the woods with no knowledge of how to survive in a rough gold mining town. She dresses like no other, speaks of things he’s never heard and seems to think she can get along without a man. Still, his sense of right and wrong gives him no choice but to keep her safe until he finds a place for her to thrive in 1870.
Unbeknownst to James and Dixie, someone is watching, waiting and planning for them not to succeed, but come to a disastrous end. 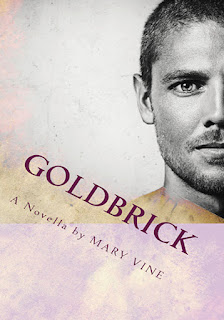 FBI Agent Crawford Stone expects to go hiking in Northeast Oregon but enters a cave and travels back in time to a rowdy gold mining town. He’s not the only one out of place as he finds an attractive woman attempting to ward off the men gathering around her.School teacher Sarah Goldbrick leaves her quiet hometown to travel to Cracker City, Oregon in search of what or who is responsible for the death of her husband. She finds the investigator she needs in an unconventionally dressed lawman with unusual expertise.
Sarah’s husband left his mark in this town and while Crawford unearths crime in the area, he has not forgotten about his plan to go back to the future and wonders if Sarah will go with him. 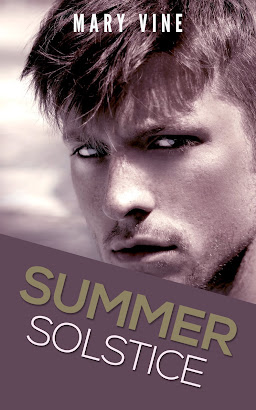 Emily Stone had prepared for a journey back in time since middle school, when she received a tintype photograph and a letter sent by a relative from the 1870s. Crawford Stone and Dixie Lea are to return to the past on the day of the summer solstice, and she will go, too. To prove herself capable, she practiced the training discipline of parkour and the combat sport Muay Thai. Now totally self-efficient, she receives her master’s in education and can teach anywhere, especially in 1870. She has one year to live in the past. One year, until the next summer solstice comes around and she can return to the future. In her one-room school house in 1870, Emily taught Elijah Brady’s two young sisters, left orphaned when their parents died. Elijah, a Civil War veteran and widower, has plenty to be sullen about and has no patience for a schoolmarm who teaches his sisters ultramodern ideas. Still, his interest in furthering his own education draws him to her. Yet, Emily finds herself not so self-efficient in this era and needs help and direction for the first time in her life, before she heads back to the future.